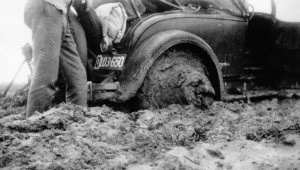 For two years I’ve been attempting to write a novel that has at times not felt like it wanted to be written. In true Monty Python fashion, it sank into the swamp again and again, once after a truly spectacular fire. Twice I thought it was going to have to be abandoned, and at least once during this time I thought about hanging up my writerly hat and moving on to something else. We all do that from time to time, but this was a difficult passage.

Each time the book foundered, though, it eventually arose again, replaced by something a little closer to the mark. I’ve now ported the core story through three genres, winding up with a book that I’ll likely try to sell as literary horror, though with a wink and a polish it could be sold under two other flags. Perhaps funnily, it started life as a literary horror novel, though I’m not sure if it’s the laughing kind of funny.

In two years I’ve written more rough draft, backstory, outlines, synopses, character sketches, and fake documents (it was epistolary at one point) than I care to count. As of this afternoon, version 5.0 has crossed the 10,000 word mark. I have a synopsis, some loose chapter outlines, and a road map to finish before year’s end. I’m more relieved that I can possibly say, and genuinely excited. Bon weekend to you all, and Happy 2018.