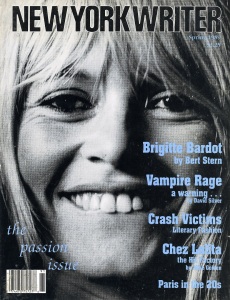 If you didn’t know already, Nick Mamatas always seems to hear about the interesting books. His post about MFA vs NYC: The Two Cultures of American Fiction was the first time I’d heard about that (2014) book, and nor is this the first time I’ve heard about something from him before my RSS feeds, database alerts, etc. Actual recommendations mean so much more when we’re practically swaddled by hype coming from every surface that can be used to advertise.

I’m currently reading the book, and, as Nick says, am reviewing my own life in tandem with it. As always, I feel a bit of either culture, being an academic who writes on the fringes of both literary and genre culture. Maybe in 90 years I’ll be (re?)discovered as the American H(aruki) P(hillips) Kafka, if we aren’t simply beating each other with sticks and eating children by then. In any case, it’s an interesting book that both gets at and ignores literary cultures, albeit quietly acknowledging the gaps.

Lately I’ve noticed a surge among my fellow writing people in discussion of writerly behavior. Not the “have a sweet business card to impress important people” behavior, but the “go out and drink seven vodka sours before 4 p.m., shoot an elephant, and hump wildly before writing” writerly behavior. Some of this ties back to Chuck Wendig’s post about “Turning Writers Into Motherfucking Rockstars,” which I’d hazard to guess was 9/10 satire, 1/10 yearning for a little old-fashioned boat rocking. On this subject, a quote from Alexander Chee’s “My Parade,” which appears in MFA vs NYC:

The boom in the MFA, whatever you might think of it, didn’t come about because young writers wanted to imitate Carver’s work, it came about because too many of them imitated the late Carver’s life, too much — and administrators everywhere began to demand some sort of proof that the writer knows how to behave. There was a demand for writers with the skill and the will to teach, and to be a colleague, participating in the work of the department. You can sniff all you like that a book is the only credential that matters, but chances are, you haven’t met a provost. In the aftermath of these unaccredited greats, the rest of us are required to present our degrees.

One thought on “MFA, NYC, and Motherfucking Rock Stars”